The Reduced Shakespeare debate: Why everyone is wrong (and right) 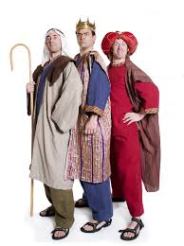 I followed a conversation on twitter yesterday that made me want to write a post in response. It was about an issue that is kind of a big deal these days for Christians but I’m not going to say what it was because it’s beside the point.

If I name the issue I will probably start a debate rather than discussing how we deal with disagreements. Which is what I want to get at.

I thought about writing a response for a moment and then realized that I didn’t want to because I was so tired. Tired of the debates over disagreements on what the Bible says about this or that. Tired of theological arguments over whose reading of the Bible is right. Tired of defending a stance.

It’s weary, it’s time consuming and most importantly of all it’s not what we’re called to do as Christians.

Not that certain issues aren’t important and should just be ignored. Far from it. Actually though when the debate goes on and on how far do we actually get? I mean how much are people enlightened by the other side when engaging in twitter debates? It all eventually turns into white noise.

And yes I completely get the irony of this post considering my recent posts. Although I hope and think I did a pretty good job of discussing an issue without letting it turn into mayhem. But a couple of nights ago when I received a comment from someone who was personally affected by name callings through twitter and other media outlets in Northern Ireland this past week; it hit home to me that we’re dealing with real people.

We’re dealing with people who have emotions and fears and hopes just like us.

If I am not going to be prepared to listen to someone’s point of view if they are rude and angry in their tone, then why do I act outraged when they refuse to listen to mine if I act the same. The problem with most debates and arguments is that we only view the person we are debating with as some sort of personified version of our disagreement. We see something that we view as an injustice or wrong and we believe that any person who holds that view is only identified by the view itself.

Sure there are those who work in the industry and use their positions of power for evil but can the same not be said for some of those in the church?

Another problem is that none of us wants to go first. Showing respect first demands an incredible strength; one that we fear will be misjudged as being a walkover. But we don’t have to worry about that once our identities are not placed in where we stand on an issue, but in something higher.

This is the crux of the matter and where we all need to learn to change. If we decide that the cause we believe in is the complete story about us then we are going to protect that by preventing anyone from attacking it. Is believing that the Bible is the inherent word of God more important than believing you are loved and are free through Jesus? Is believing that a flag should always be flown more important than the neighbors who live on the other side of the wall in the same city?

This is also why I think Christian leaders who were for the play should have shown their support for it. Maybe there was a fear of offending their congregations. Maybe they didn’t want to seem divisive even if they thought some Christians were overreacting. Whatever the reason, now we are left in a position where the differences between two groups have been accentuated while a measured response would have aided respectful and helpful discussion. Being quiet to prevent divisiveness may have actually created more of a vacuum.

Jesus called us to be peacemakers. Jesus did not say “make sure you protect the sanctity of marriage, don’t swear and stop anyone saying anything that goes against me.” He said “go and make disciples.”

And making disciples is about relationships.

And relationships are about persevering even when you disagree because you know there is more to someone than your last fight.

Those who believed that the RSC play should have been banned should question why they are so insecure about a play that they have consequently helped sell out. Those who were for the play and have started name calling and have been rude should look at themselves and ask if they are really much different. Because you are only rude to someone if you are insecure yourself.

Something that this week has shown me we all are to some degree.

If we can agree on that at least that’s a start.