Why Marriage Equality in Northern Ireland is nothing for Christians to be afraid of. 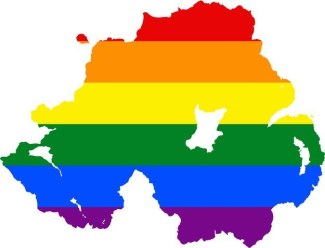 Some people would have woken up in Northern Ireland yesterday morning, excited and hopeful of real change coming.

Others, not so much. END_OF_DOCUMENT_TOKEN_TO_BE_REPLACED

Why Christians Don’t Need To Be Afraid of Marriage Equality 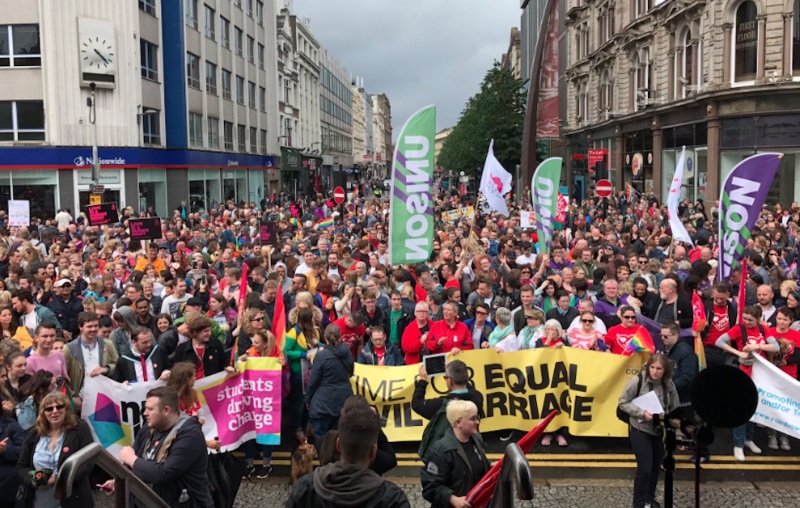 Before we think about why Christians shouldn’t be afraid of marriage equality, I think it’s important to take a little time to think around an argument that is often brought up for why only Heterosexual couples should be allowed to marry.

Won’t someone just think of the kids?

You’ve probably heard the argument that the best or ideal situation for bringing up kids is with a Father and Mother.

Namely that marriage is for having kids and that it is only possible with a birth father and a mother. But what if you can’t or just don’t want kids? Should a heterosexual couple in this position not be permitted to marry?

And even in marriages where the couple remain together; what if one of the parents is physically or emotionally abusive to their spouse and their children?

Are kids better off even in those situations?

Some marriages break up and it’s no ones fault. It’s just life and the parents can live amicably and still provide all the care that their kids require. Sometimes, it’s better for kids that parents do separate  if the marriage is beyond repair and staying together causes more damage to the kids than if they separated.

Or the family where the parents desperately want a child but are unable to, so decide to adopt a baby that they will love unconditionally for their whole lives. If a gay couple are able and willing to love and bring up a baby, is that not more ideal than the baby being brought up unwanted.

Or of course, there are single parent families that have wonderful support from family, friends and their community even if one of the parents is absent for various reasons.

When we limit the idea of marriage to simply whether it can or does produce kids, we have an extremely narrow and depressing view of marriage. Marriage, when healthy can be a beautiful and wonderful thing. If kids are part of that, it is an amazing and joyful gift. But marriages do not have to succeed or fail because of them.

And in case you’re wondering, I would be making the same argument regardless of whether I was for or against SSM.

Nevertheless, even if we all agreed that marriage wasn’t simply about having kids, (it’s just not that good of an argument) it doesn’t mean that we’d still all agree that everyone should be allowed to marry.

For the Bible Tells Me So….

So what about the big question. That it is a sin to be gay and therefore definitely wrong for a gay couple to marry.

Often, the loudest opponents to SSM will come from the church. I’m not going to get into the Biblical arguments for our against SSM here as I want to sleep at some point this evening and honestly, many far cleverer scholars have written more convincing articulations for both sides than I ever could.

But gay marriage has often been resisted due to religious law based on what the Bible says and it’s for this reason that I believe Christians don’t need to be afraid of SSM.

As well as SSM, we love to talk about how Christian rights are being destroyed in the West. Something, that is a bit ridiculous if you take into account the real persecutions that are being faced everyday by Christians in other parts of the world. Changing the colors of Starbucks cups or wishing someone Happy Holidays, a persecution does not make.

Another way that we talk about how the freedom of Christians are being eroded, is by describing the “rise in Islam” in the West. Something that we’ve been told to expect for a while now but somehow mysteriously has failed to materialize.

A thought experiment could be helpful here. Imagine that tomorrow it was made Law that everyone had to follow Sharia Law and that Islam was to be imposed on everyone, regardless of your gender, age, religious background or sexuality. You can take out Islam and insert any religious or belief system here if you like. I picked Islam since it’s the one we seem to be most terrified of.

Which is the ironic part of our argument against SSM as Christians. When we shut down SSM we are seeking to impose our religious beliefs on people who don’t hold onto those same religious beliefs. The same thing we are (irrationally so) fearful of happening to us with Islam or even with the “Gay Agenda”. Another myth dreamt up to create fear and panic. And we’re not even just talking about Muslims Vs Christians Vs Atheists Vs ______, since there are many Christians who are both gay and who are heterosexual and believe that SSM is not a sin.

It comes down to this. The main issue with the Biblical argument against SSM is that when we insist that marriage is saved exclusively for heterosexual couples, we are in essence proposing that our religious law should be forced on everyone.

As Christians, we can’t expect others to follow religious rules they may not agree with, if we are also not prepared to follow others’ religious laws.

Religious freedom is not simply in regards to our freedom to worship and believe a certain theology; it is also the freedom to not be required to worship a certain god or behave in a way that impinges on those beliefs.

And this is the crux of why Christians should not be afraid of SSM. Nobody is forcing heterosexual Christians or Muslims or Jedi Knights or whatever you believe or don’t believe, to start marrying those of the same sex.

Nor are the Christian heterosexual marriages that already exist or will do in the future, in any danger.

You don’t even have to agree with with the idea that Same Sex Marriage is not a sin. In fact, this way you are still entitled to believe so if you wish.

But we shouldn’t be able to tell others what to believe and how that should affect their life if we aren’t prepared to do exactly the same.

And if all this doesn’t make any sense, there is of course one more thing that anyone opposed to SSM can still do to avoid being affected by it.

Just don’t marry someone of the same sex.

As the news filtered through my twitter feed last night that World Vision, a Christian charity organization had decided to allow the hiring of people who are gay, my heart sank. My heart sank because it soon became clear from some of the tweets I read that there were many who lamented the decision but mostly because there were others who were considering the removal of support, financially and otherwise to World Vision.