What Seth Godin inadvertently taught me about theology. 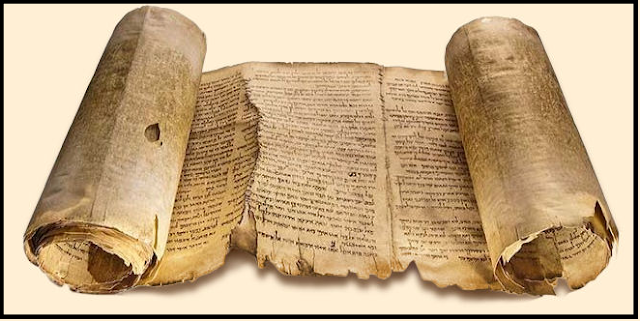 Theology has always been something that has interested me from an early age. I’ve always been fascinated by the stories that lie within the pages of the Bible. Whether tales of giant fish swallowing people, a man and his family building a giant boat/hotel for a bunch of animals or Jesus literally getting the party started by making wine out of water, the stories in the Bible have had me hooked for my entire life.

They’re insane, yet captivating and will always entertain.

But just as I now realise that a story about God ruthlessly wiping out almost the entire world population by saving a Daddy and Mummy of each animal type may not be quite as kid friendly as it first appears, my perception of the Bible and what it means has changed dramatically.

Despite my enamourment with the Bible, I’ve never been too interested in a lot of the “big” words that Theologians use to talk about the Bible. Words like Inspiration or Inerrant seemed to be mostly about people showing off their intellect and claiming why they are correct. Consequently, this distracts us from the stuff deep within the Bible that actually has some incredible things to say.

Or despite my love for a good sermon, I’m particularly picky with who I like to listen to, not so much for the ideas and theologies behind the message but simply because they’re often just so god damn boring.

I don’t need a sermon to necessarily entertain me, but I do need to find it interesting and compelling.

All this to say perhaps one of the reasons why when it comes to where my personal beliefs and Theology lie, I find myself on the side that maybe doesn’t see everything in the Bible as literally true but true in a more mythical and metaphorical sense (not to be confused as meaning on a par with Nessie), is that many of the traditional ways of reading the Bible just don’t hit me as very interesting.

And rather than this meaning that I have a disregard for the Bible and it’s meaning, I think it shows the deep reverence that I and many others like me hold the Bible with. Many of us who have questioned the way we read the Bible are accused with not taking it seriously enough, but actually we take it extremely seriously.

We care a lot. That’s why despite our doubts and huge questions, we find ourselves somehow sticking with our faith and Christianity as a whole.

But of course, when there is any push back to a traditional reading of the Bible, there are many who will be quick to call you out and seek to quieten you. Or they will let you know in no uncertain terms that you don’t belong or that you are in danger of going to Hell. Or the big one, that you are a threat to someone else’s own salvation, something that can strangely be seen as a compliment if you’re so much more powerful than God that you could irreversibly turn people away from Him.

If this is the case, you probably have a bigger theology problem with God.

This leads of course to the question of what is true. Surely two ways of reading the Bible can’t both be true when they seem to quite obviously contradict each other?

But what if that is because we’ve been raised in a very dualistic paradigm for Christianity, one where there is a very narrow set of beliefs and if you go even one inch to the right or left you are heading for disaster.

There are clearly a million branches of Christianity. So is it quite possible that we’re never going to cement this thing down completely? That part of what it means when we talk about the Bible being alive is that it still speaks to us today in new and fresh ways. We like to think that the traditional ways of reading the Bible are how the Bible has been read since this amazing set of Literature started to be put together.

Of course, that’s not true. I expect that many of the early listeners and writers of the Bible would be pretty surprised by some of the ways we’ve read this stuff.

Even all this though is getting slightly off a bigger point. What if the Bible is so huge, so interesting, so inclusive that it will have different things to say to different people?

When the Bible clearly has huge contradictions inside it’s binders, what if it can say something wonderful and inspiring and hopeful to the most conservative Reformed Calvanist who believes in things like literal resurrections and a face value creation account as well as doing the same of the most Liberal, mythical reader of the Bible?

What if the Bible doesn’t fit neatly into how we want to understand it?  It’s strange that many of those  who believe the Bible was literally dictated to the writers of the books by an omnipotent God who knows and sees all, find it hard to get on board that maybe it’s more flexible than we think.

I listened to a podcast from Seth Godin recently who I’m quite sure was not thinking of the Biblical texts when producing his episode but talked about something that struck me as true about the Bible and how we read it.

He talked about shunning the non believers as a way of how we deal with people who disagree or don’t seem to get our work. That maybe it is just not for you. And rather than this being a huge dilemma, what if that’s ok and we just move on?

He talked about how that doesn’t mean your work is insignificant or wrong, it’s just not for everyone.

And if we take this and use it to think about how we talk about Theology, what if the way I read the Bible and the way it gives me life and which you may find problematic, is just not for you and vice versa?

Now for some, I’m sure alarm bells will start ringing, if not already. And without immediately going to the premise for this post, that maybe this is just not for you, I understand that the Bible has been and is still used by individuals and groups of people to hurt, control, damage and even kill others.

So the idea that it’s ok if we all just have our own interpretations of the Bible, just does not stand up at all.

But there is clearly a difference between readings and theologies that consistently cause sin and disrupt Shalom and new inclusive ways of reading the Bible that just make you feel uncomfortable. My view that the Bible does not condemn Homosexuality in the way we understand it today does not create pain for those who read it differently.

So this is not an argument for anything goes, but a plea that we begin to pause and stop to consider when someone reads the Bible differently to us and it genuinely doesn’t cause sin as the idea of anything that disrupts Shalom then maybe it’s ok?

In fact, one of the freedoms that I have found in this way of thinking has led me to stop writing and thinking about all this stuff in a way that tries to get someone to see my way of thinking.

Because ultimately, there are many who will disagree deeply with the ideas here and if I am to put my money where my mouth is, that clearly means I can’t spend energy and resources trying to get you to agree with me.

Engage with it, question it, out and out condemn it as wrong in a way that can maybe help heal some wounds and find common ground with those of us who disagree with each other. I’m fine with all those. But getting someone to agree with me just doesn’t strike me as interesting anymore.

Right now I’m learning to read the Bible again in a way that has actually shown me how incredibly progressive it can be, in a way that excites me again.

What we truly want is people who see the Bible like we do. Who understand it in a way that makes sense to us and falls in line with our own life experiences and what we’ve been told is truth. Ironically, when someone says that they read the Bible simply as it is, they don’t truly understand that all of us read it with the lenses of our own experiences, life and upbringing.

None of us comes to the Bible with completely objective eyes.

When we are confronted with ideas then that are different to the combination of all these things in our lives, it can be scary. But it doesn’t need to be.

There are godly people who revere and respect the Bible deeply but who hold drastically different views to each other.

What I believe can be fruitful is if we learn to really sit and listen to those who disagree with our theology instead of seeking to condemn it. Is it more important to hold the correct view on the Bible or to demonstrate true Godly love for people?

I believe it is our actions that speak louder and are a greater testimony than our words and what we claim to believe.

To that then I quote the one Biblical writer who has caused the most disagreement of all, Paul, when he says,

If I speak in the tongues of men or of angels, but do not have love, I am only a resounding gong or a clanging cymbal.