Who said it? Kanye or Jesus?

Finally, what we’ve all been waiting for. No, not an end to Madonna’s leather wearing and dancing days (we know you’re not 40 anymore). Even better. A new Bible that replaces all mention of God or Jesus with Kanye West.

I guess this is a natural progression for someone who has an ego so huge it makes Shia Labeouf seem like the shy retiring type. But if you’re honest can you really tell the difference between Kanye and Jesus? At least Kanye has made more than one album, although to be fair, Jesus’ first one sold really well. 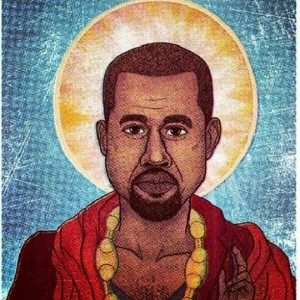 Below are some famous quotes. Some from Jesus and some from the new Yeezus. (Yeah I don’t understand it either). See if you can accredit the quotes to the correct Messiah.

B/ “Father, forgive them; for they do not know what they are doing.”

C/ “The thief comes only to steal and kill and destroy; I have come that they may have life, and  have it to the full.”

D/ “I have much more to say to you, more than you can now bear.”

F/ “I am so credible and so influential and so relevant that I will change things.”

G/ “I am God’s vessel. But my greatest pain in life is that I will never be able to see myself perform live.”

A/ Kanye- This one is clearly Kanye by applying some simple logic. Jesus was like Superman which meant He never had to run, He just flew. Duh! Plus Jesus could never afford Lavin’s on a carpenters salary.

B/ Kanye- Somewhat surprisingly this was also Kanye. Presumably directed at his critics.

C/ Jesus- This one was definitely Jesus but could easily have been Kanye e.g. talking about how Spotify is stealing from millionaire musicians as opposed to Tidal which as far as I can tell is a new Laundry detergent that Kanye and his struggling to make ends meet pals like Jay-Z and Madonna have developed.

D/ Kanye or maybe, Jesus. Go on admit it, you genuinely can’t tell who said this.

E/ Kanye- LOLOLOLOLOLOLOLOL ha ha aahh…. ah no no… I can’t get that one past you. No, yeah, you’re right, that was Jesus.

F/ Kanye- Although Jesus could easily have said that if it wasn’t for lots of us screwing it up for him.

G/ Jesus- It’s hard to believe the man behind such hits as “I won”, from his final resurrection album, “Jesus Walks” about his stroll along the surface of water and of course the fan favorite, “Hold My Liqour” from his experimental Water into Wine era, never got to see them live.

H/ Jesus- Because if physics can’t stop Him, nothing can.

How did you do?