Why I am Giving Up Lent for Lent

A couple of months ago we had the obligatory New Year’s Resolution’s Facebook post, Tweets and blog posts and now the Lent ones are trickling in. Stupid “I can’t think of anything to write about so I’ll just write about Lent”, Lent blog posts…

You know all those New Year’s Resolutions you couldn’t keep from January to 1st until February 17th? Well now you have a second chance to not keep them.

There’s not really too much to tell NYR’s and our Lent promises apart. Maybe your New Year’s resolutions were to give up chocolate but now for Lent you are going to eat as much chocolate as you can.

I’ve never been very good at Lent. Maybe because I just don’t have the willpower or desire but recently I have been thinking there may be something more than a simple lack of desire. For years I took my apathy towards Lent to be a signal of my failure as a Christian, which I see now led me to feeling shame and guilt especially since I can literally like and follow my other friend’s attempts at Lent through Instagram. And this shame then led me probably to doing the things that I was told I was supposed to be giving up. Like eating more chocolate or spending more time checking email and Twitter.

So eventually, I decided to save myself from feeling like crap and told myself I didn’t need Lent.

I literally gave up Lent for Lent.

One of the reasons I have a hard time with Lent is because of the day and age we live in. Instagram and Twitter and Facebook allow me to follow along with those who give up things for Lent. But this always sits a little uncomfortably for me. Especially when the drug of choice that we choose to give up on is itself, social media.

We give up things like social media because we realize that there is an unhealthy obsession with being liked and making sure people see and know that we are funny and smart and take nice photos of the sky. But when we take to our social media platforms to announce to the world that we will be AWOL for a while, there is something strangely ironic.

It feels like we only decide to let people know we are giving up social media for Lent because we want to experience one last time before we sign off, the feeling of being affirmed by someone liking our status about giving up Facebook.

This is the technological equivalent of feasting on chocolate and fast food before we give it up for a month.

“I want you to know I don’t need you to ‘like’ my Facebook status about giving up social media for Lent, so whatever you do, don’t like this status about it.”

My other problem with Lent is the idea that the things we give up are bad or secular on ungodly.

Why do we give up things for Lent? Are we missing something if our only aim is to deprive ourselves?

If we give up things because we feel obliged we will become pissed off and bitter and it will be more difficult to keep it up. So there has to be something else going on.

And what about when Lent is over? Do we go back to the same routines? If changing ourselves is the goal then wouldn’t it be better to do away with Lent and focus on building a slow but consistent way of creating healthy structures and disciplines that don’t rely on us having to be strong when we don’t really want to? 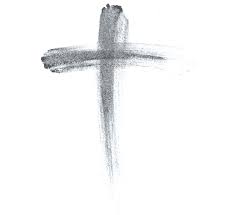 Do we give things up for Lent so we can grow closer to God or is the whole thing a trick in getting us to think that God can’t be found in chocolate or watching TV?

In this paradox however, is the crux of why Lent is a good thing. It’s not a good thing because finally we can rid ourselves of all those things that are harmful to us like chocolate and the internet; we can do that anytime. But because it allows us to learn rhythms of life that help us to be fully present in the here and now. We put things aside so that we can see past them and realize that there is a view out there that those things obstruct.

But that doesn’t mean those things are bad. Think about it. Why do we need to keep having Lent if Lent is simply about giving up unhealthy things? Probably because we have missed the point and end up going back into those things at full force afterwards anyway.

Jesus asked us to give up our lives for Him so giving up Twitter for a month seems a bit lame. (Tweet this)

The irony is that when we give up things for Lent because we think they have become idols in our lives and then become so obsessed with not doing something or other for a few weeks; we have just replaced one idol for another.

But instead of Lent becoming another way we try and make ourselves look super spiritual it can become a symbol of God’s Grace. We’re humans and we fuck things up. I use the F word because I can’t think of a better one to describe how humankind often screws each other. So we need Grace. We get it and then we don’t get it. We become conscious to what life is really about and then turn round and do and say things that kill people.

Lent then becomes a beautiful reminder every year that we need some sort of realignment. Not one where we decide that these things are bad for us for some unspecified reason, but because we can start to appreciate the beauty of them instead as places and food and online communities where we can find God.

Is Lent meant for so much more than deprivation?

Maybe the point of Lent isn’t to give things up but to learn how to see. (Tweet this)

To start having a posture towards the world that instead of saying, these things are bad for me, says if only I understood that God wants to speak to me in every single person, conversation or food that I encounter daily, then perhaps the things that I have let take over me, won’t be so attractive in the first place.

Ironically we do this by breaking down habits in order to see that God was in them all along. We just didn’t see it.

In this place we learn that we can be voices for justice online, we can create beauty and art that stirs us on instagram, we can support cocoa farmers by eating fairtrade chocolate, we can tweet 147 characters that build others up instead of ridiculing, we can exercise more because feeling healthy allows us to engage in God’s creation fully.

Your list will be different but at it’s heart it is the same.

Where have you stopped looking for life and God because you have become so worn down by it? Church, food, your job? Maybe you need to give them up to find new ones which will stop you from becoming bitter or angry? Maybe you need to look closer and see that God is already there?

Whatever you do this Lent, the most important thing is to open your eyes to see it before you miss it.

And then instagram the heck out of it, so we can all see.