The thing about those we label Heretics is that we’re all the same. We all believe in God. The only difference is that I say my God is right and you say yours is. But actually anyone who claims that their understanding of God is the right one and isn’t prepared to listen to someone else is saying that there is nothing to be known of God outside of their own experiences and understanding. Which actually makes you a much bigger heretic than anyone.

The same goes if we write off everything someone says because of a difference in opinion in one or two areas. So that being said, I’ve compiled a list of 5 writers/teachers/thinkers/people who many of us in the Christian world veto because they challenge us and make us think outside the realms of the faith and world we think know.

The other thing that they all have in common is that they have all (well almost) influenced my thinking about faith and God in a significant way. These aren’t just people who have ‘crazy’ ideas about God, which are sometimes the ideas we need to be listening to the most, but they genuinely care about people and aren’t trying to deceive anyone. A characteristic so often eagerly pinned on those we call heretics.

So without further ado, here are my, in no particular order, favorite 5 heretics.

Ah Rob Bell. Let’s get the obvious one out of the way shall we? He’s a strange one to call a Heretic since real Heretics want us to think incorrectly about God and who else does that? Yeah Satan…and where does Satan live?….exactly, Hell. Which Rob doesn’t believe in, soooo therefore, Rob Bell can not be a Heretic.

Ok so I know that wonderfully clever piece of logic won’t satisfy many of Rob’s fiercest critics but I can honestly say that the writings and teachings of Rob Bell are without a doubt the number one reason I still have a faith in God.

His books and sermons didn’t just breathe new life into my Christian faith that I loved but was becoming increasingly bored and apathetic with by the time I finished University, but took it apart, conducted a detailed post mortem and brought it back to life. He has an amazing knack for creatively and imaginably thinking about the Bible and bringing alive the Jewishness of Jesus time. Even if you don’t agree with him on everything there are just so many nuggets in his work to keep you thinking about God for a lifetime.

For fans of… pissing off your conservative, Evangelical friends who believe in Hell. Just kidding. For fans of thinking outside the box of faith.
Start here. Velvet Elvis

Pete Rollins is Northern Irish. He moved to America. I’m Northern Irish and I moved to America. We even have some mutual friends yet I’ve never met him. Pete is a thinker who doesn’t just think outside the box; he dismantles the box and asks why the box is really important in the first place and shows that perhaps we shouldn’t be putting things in boxes anyway because then we’ll forget where we put stuff.

Strangely I’ve only just started to read Pete’s books and that was after a friend from Seattle gave me his book. I’m cheap like that. But currently, his distinct style of thinking about God and life and the darkness that dwells largely in each of us is ironically bringing a lot of light to how I think about God and myself.

Before reading his stuff I knew that a lot of what he wrote and said didn’t sit well with many Christians but on the whole I have found what he says to be intriguing and not at all blasphemous. Sure, he may have once encouraged people to give up God for Lent but with the purpose of having us deconstruct our faith to see how it really works, which often leaves it stronger. I get the distinct impression that Pete is someone who cares deeply for people and their faith and if you want to think better about faith and community, be challenged to rethink everything you know only to have your faith strengthened, love stories and aren’t afraid of a swear word or three, give him a go.

For fans of… the Northern Irish accent and wanting to deconstruct your faith
Start here. How (Not) To Speak Of God and You Made It Weird w/ Pete Holmes.

Jesus a heretic?! Surely calling Jesus a heretic is heretical in itself but let’s not forget that when Jesus preached he was often at odds with the religious teachers of the day. In reality though, his intention was never to destroy everything that was being taught but to give it new meaning, with new wonder and new life.

It wasn’t even so much that his critics didn’t believe what He was saying but that it threatened the power and the political class system that was caught up with the Fundamental religious leaders of the day. Deep down they probably knew He was right. But their money and control was at stake if His ideas really started to take hold in people’s minds.

Thankfully though, nothing like that happens in today’s political and religious system.

For fans of… discovering a new way of being alive and challenging injustice using peace.
Start here. The Gospels and NT Wright’s Simply Jesus

So everyone on the list so far I am a huge fan of and agree with most of what they say and teach. But if I only name people that I agree with then I’m kind of a hypocrite, right? 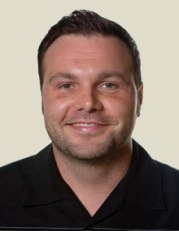 Which is where Mark comes in. I don’t really like Mark Driscoll’s teachings. Mostly because I don’t like being yelled at and made to feel like a kid who just got caught smoking by his parents. Something in which I have some experience in, albeit falsely when I spent one period in Computer class carefully constructing a letter from the school detailing how I was caught smoking on school grounds, which I then gave my mum to see her reaction.

Getting off the point. I think Mark Driscoll is someone who has made many mistakes, hurting and spiritually abusing many people in the process and I don’t really feel his theology. It’s misogynist and angry. Yet, I really believe that his motivation for what he does, as wildly inappropriate as it may be sometimes, comes from a place of a deep love for God and people.

But the challenge for me and anyone else who doesn’t agree with someone’s theology is how we treat them. Do we bad mouth them on our blogs (something I am fairly certain I must have done at some point) or do we challenge them and encourage them to rethink their positions on issues, especially if it is one that causes pain and strips freedom?

And if they don’t change do we continually attack them or do we simply back away from reading their books or listening to their podcasts knowing that becoming consumed with someone we disagree with so much, causes us to lose sight of the hope we find elsewhere. And importantly, disrupts our ability to help those that have been harmed regain some freedom and light in their faith.

Bart Campolo may be the most controversial person on the list and the least well known. If the name sounds familiar it may be because his father is Tony Campolo, the famous Christian teacher, thinker and speaker. I met Bart several years ago when he was the guest speaker at Summer Madness and his talk on the Good Samaritan is simply put, one of the best sermons I’ve ever heard. I found him to be kind and even had a chance to spend some time talking to him.

Most of the controversy surrounding him concerned an article he wrote in which many believe he was saying that he was willing to read scripture differently if he didn’t like what it was saying. I’m still not convinced that was the case though and what stood out for me was a man who was willing to admit his doubts and anger for God and not pretend that everything was rosy. Whatever you believe about his theology or his recent conversion to Humanism, you can’t deny that his love and passion for people evidenced by his mission year project, is inspiring.

The fact that many were weary of his choice as speaker because of an article he wrote is evidence again of how many of us in the church close ourselves to the wisdom and truth we may find in those who think differently than us.

For fans of… being free to admit their doubts and anger towards God and of serving inner city communities
Start with. Checking out his work with mission year.

So that’s my top 5 heretics. Which heretics alive or who have been burned at the stake (joke…maybe) have influenced you the most?