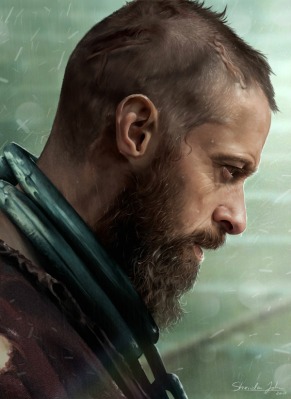 If you saw Les Miserables at the cinema or on the West End or Broadway you will know that a major scene occurs when the main protagonist Jean Valjean steals some bread to feed his starving family.

If you go into any Sunday School in the world and ask the kids to name a few sins I am pretty sure that stealing would be up there on the list.

Dietrich Bonhoeffer is one of the greatest theologians to have ever lived and his work is  agreed by many as having a hugely positive and lasting effect on Christian thinking today. There is also evidence that he was involved with a plot to kill Adolf Hitler.

If you read that list of sins over again, I am sure that murder would be most kids’ top choice of sins.

So is stealing a sin or not? Even if people will die if you don’t steal? Surely murder of any kind though is a sin. Surely there can be no wiggle room there. Even if the murder of one man could ultimately save the lives of millions?

The more you think about it, it seems that sin is a highly grey area.

Once we move past the simplistic answers we gave as kids to questions of sin we need to reassess how we view and treat sin.

One approach that is popular is to “hate the sin, but love the sinner”. This is a nice idea on paper but what do we do with this when we find ourselves in situations like the ones above? Do we still hate the sin even when we can see how actually it could be the right thing to do.

The problem with how we frame the question of sin today is one of legalism and black and white. Sin is sin and there can be no moving away from that. Anyway, Jesus came to die for our sins so that shows how important it is.

At least that is how we regularly think about it.

This is not in my opinion how Jesus regarded sin.

The more I read about Jesus life in the Gospels the more I think Jesus didn’t regard sin in the same way that we have. Don’t get me wrong. Sin is serious and when we neglect that side of our lives it just heaps more misery on ourselves and others.

Jesus was actually able to hold sin in a tension that meant it wasn’t something He took lightly at the same time as not making it everything he came to address.

The phrase “love the sinner and hate the sin” could actually come from how Jesus treated people when He was with them. Often Jesus was found to be with the people that Pharisees deemed to be sinners and the scum of the Earth. Yet he never made people feel bad about their sin; the exact opposite of what the Pharisees did.

In fact, Jesus main anger was reserved for the Pharisees and their hypocrisy. Not for the prostitutes or beggars. The Pharisees just didn’t get it and even His disciples became confused often and didn’t really understand Jesus. These were the times He became angry and frustrated; when people failed to see that He was planning on restoring everyone and everything, not to judge people for sin.

For Jesus sin was defined by more than actions. It was defined about how we thought and how we treated others. So murder was sin of course, but He was in a way more interested in the anger that leads to murder. Sleeping with someone else’s wife is a sin, but what is far more intriguing is what leads people to lust in their hearts. Trafficking other human beings is a sin but why we think that some people are inherently more human than others is a more pertinent question.

This approach from Jesus when dealing with sin was unique compared to the religious people of the day because it addressed something deeper than mere action.

In this same way rather than coming to show people how to stop sinning, Jesus came to show people how to live freely and with hope. To see that He came to set people free in a completely new and revolutionary way. That real life was found not in following a set of arbitrary rules but in believing that Jesus was Lord of everything and could free us from the thinking that leads us to feel insecure or in fear and to act in ways that harm us and others.

This is why Jesus was most frustrated with His disciples when they got the wrong end of the stick.

When we are free from worry and anxiety and are comfortable with ourselves we are in a good place that will mean we are less likely to try and control others or be selfish. This is as true for individuals as it is Governments or the Church or corporations.

That’s why Jesus addressed things like worry. That’s why He cared more about the heart than the actions.

When those things are out of tune with Jesus’ new way of living we go searching for all the things that we think will free us but actually imprison us even more.

This is why sin is so important.

But only if you think about it.