Anger and Hope: How NI haass to embrace forgiveness. 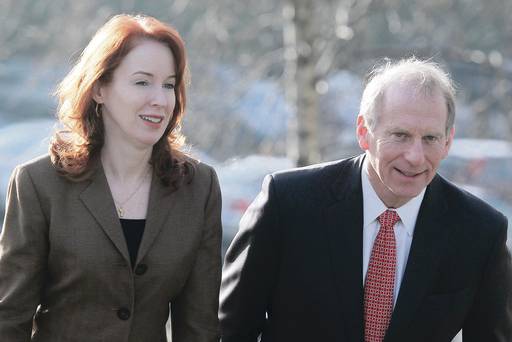 What is it about someone saying something we disagree that gets us all riled up? Is it bad to get angry or is it more important how we react to anger? Anger can lead to hate which can lead to violence. When there are individuals or groups of people who stand against everything we believe in, our initial reaction is to get angry.

Coming from Northern Ireland, a country that has been damaged by people who have hurt each other over and over in ways that have caused the deaths of thousands of people, I have seen first hand how anger can take over.

Not all anger is a bad thing though.

This is good anger. Some call it righteous anger. It is a good form of anger because it should move us to take action. We are angry because we see something that is not right at the very core of humanity and we believe that it must change.

So we spread the word, or we educate ourselves more, or we lobby our politicians, or we simply make a shift in our thinking that says “no more”.

This anger in my opinion is legitimate also. It is ok. It is not wrong and if you weren’t to feel anger in situations like those I would question if you were fully alive.

What is not ok for the individual or a community, is when that anger is allowed to control their lives forever more. Sure anger may be an important part of the process of healing but it is not a state that we should find ourselves perpetually in.

This is where much of Northern Ireland has found itself; in a perpetual state of hate of the other side without really knowing why.

I have never had someone from my family killed in the troubles so I will not pretend for a second to understand what that must be like. But I have allowed anger to stew and I have seen how that has personally stunted who I am. When that anger took over it also deprived me of the ability to be the best son, or brother, husband or friend to the people I loved the most.

In Northern Ireland much of this anger which turns into hate when allowed, has led to a distrust of the other side and into the building of a wall. In certain parts of the country this has manifested itself into literal walls. When walls are built we are unable to see the other side. Whether these walls are real or metaphorical is neither here nor there.

The result is the same.

We reinforce the idea of us v them and pass it down generation through generation.

Sooner or later a choice needs to be made and it is a simple one. We either hang on to the hate and let it frame our life or we forgive those who have contributed to the anger. There is no other choice.

One path leads to ignorance of our enemy. It leads to assumptions of what their motives are and to a distrust and fear. This fear then leads us into assuming that our rights are being trodden over and that we are being attacked. That the removal of a flag is the beginning of the end of our identity.

The issues of flags and our past are not really about our Britishness. It is about the fear of not being heard. Ironically though a fear that we won’t be heard doesn’t necessarily mean we engage but disengage. We stand on the outside and we try and bring down those who are trying to bring about change.

Change brings fear and fear is not an emotion we like so we try and cause havoc to that change process.

Constantly, Jesus talked about loving our enemies and we can do that by forgiving them. One of the most famously misinterpreted passages in the Bible is when Jesus told us to turn the other cheek.

This is not giving someone permission to walk all over us but is about allowing our pain to empower us. So when we realize that turning the other cheek forces our enemy to hit us as an equal (with inside of hand) rather than the way they initially did (using the outside of the hand, which commonly showed that they were better than you) we see the power that comes from forgiveness.

The amazing thing about this is not only does it empower you but it empowers your enemy. It corrects their belief that they are better than you which allows them to stop living in lies and allows you both to move forward together.

Your identity is solidified not by anger, violence or the flying of a flag but through peace.

If Northern Ireland is to move forward through the Haass talks and beyond then everyone; those who are actively working towards unity and those who deliberately try and dismantle everything, must grasp this truth with both hands and never let go.

If not then there will be no moving forward and our children will be forced to live by our failures.

And this should make us all angry.

2 thoughts on “Anger and Hope: How NI haass to embrace forgiveness.”