The work of art 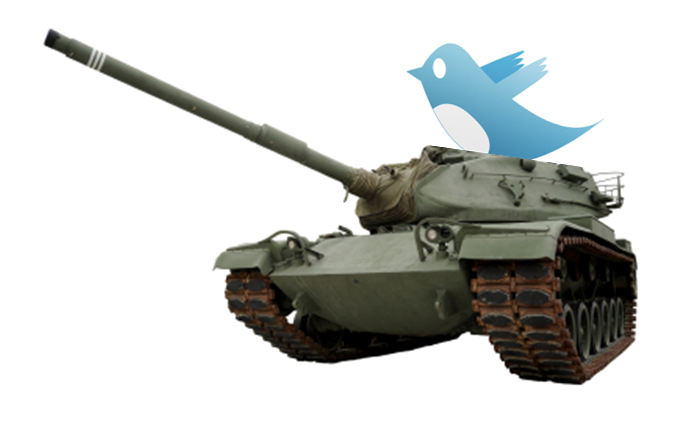 I for one am glad that twitter is a thing.

I am able to publish posts on my blog and then share them with people. Sometimes they get read, sometimes not. But I have a place where I can share my ideas which will hopefully resonate with others who will be inspired. This is when social media is at its best. When people are moved and educated and inspired to act.

It is at it’s worst when people use it to demean, insult and ridicule people.

It’s easy to do this because we don’t have to actually face the person we are attacking. Rarely is dialogue fruitful in the sense that conversation can lead to thoughtful and open discussion. The manner in which it is played out is where the difference between the life giving discussion I have described and a bitter descent into name calling can be created.

So how do we dialogue on twitter in a way that is helpful and productive?

Here are a few ideas that I think could have aided various discussions I have been privy to on twitter recently.

Tweets are made up of a maximum 140 characters. Which means you need to be a pretty good writer if you want to get your point across in all it’s meaning. This is extremely difficult because twitter is not set up for nuances. It can be very easy for something to be taken out of context. For example, imagine you are at a party and you overhear someone in a small group say “there are too many of them and they have come into our country and are a pest to society”, you may assume that this person is a racist/xenophobic who may be talking about a particular nationality of people. You barge in and start yelling at the person for being bigoted. You walk away proud of yourself for standing up to this unbelievable racist.

Now what if the person wasn’t talking about immigration as you assumed but was actually talking about an influx of wasps from abroad who are terrorising everyone in the country.

This is effectively what we do on twitter. We barge in without understanding the full context and react to something else entirely, leaving ourselves looking like an ass. I guess the saying is true then.

I know it sounds very unlikely but just open yourself up to the idea that you may be incorrect. If our aim on social media is to learn and to understand better the world then we need to start with the assertion that we are going to be wrong sometimes.

This doesn’t mean we don’t put our thoughts across; it means we need to be prepared to accept criticism and corrections. We all hate to be wrong; I get this more than anyone but if we really do want to be right then the only possible posture to have is that we could be wrong. Think about it, where would we be if, as a world we didn’t doubt everything we thought was true? We’d still all be terrified of falling off the edge of the Earth and we’d all still be listening to Nickelback.

But we don’t and we aren’t.

And we’re all better off for it.

Can you imagine a world where the internet doesn’t exist? When you think of it this is a pretty ridiculous question because it’s actually only recently in humanity’s history that the web has existed. However, there are some of us who grew up and didn’t have online access for a big chunk of our lives.

So how did people disagree before? Did they even disagree? Well of course they did but the point is that when people disagreed they either kept quiet or they had a face to face discussion. (Or they could bomb the crap our of each other- would never happen though) They certainly didn’t send stickies to each other back and forth. Nowadays we are free to hide behind our laptop screen instead of looking into the eyes of someone we disagree with. When we keep things online we fail to see the other person as a real life person, with tastes and hopes probably not a million miles off from yours.

Not only that but a discussion soon becomes muddled once your followers and your fellow tweeter’s followers start getting involved. I love having discussions on twitter but at some point you need to realize you’re just getting muddled. Try and follow a long twitter interaction. It’s not easy.

I think that is possible to have good, informative disagreements without it turning into complete chaos but perhaps at some point the discussion needs to broaden to ideally a face to face discussion or at least to email. Twitter has limits. Knowing when you have reached them is key to moving forward.

So turn the laptop off and meet up for coffee. If you can agree where to meet that is.

You know that old saying to change the channel if you don’t like what’s on tv? It’s used in response to people who complain about nudity or violence on tv. Well the same is true for twitter. If you follow someone who consistently tweets things you disagree with, stop following them. No one is forcing you. Unless of course you enjoy arguing for the sake of arguing? Or you follow them simply to feel superior to them?

On the other end of the stick of course you can block people. Now I can see how this may be seen as shutting out opposing views and therefore allowing you to continue in the mindset from point 2, but if someone is using twitter to attack you verbally and isn’t contributing in a healthy way then block their ass.

I call this the Nickelback effect. They aren’t adding anything of real value and continuing to listen to them will probably only make you bitter and angry.

You know how many people are regularly convinced of God’s love by those guys who hang out in public places yelling angrily about God’s hatred for everyone? Precisely none.

If you want people to listen to what you have to say, you can’t expect them to be open if when they disagree you go on the offensive and call them an asshole. People are more likely to engage with you if you are kind, considerate and happy to listen to alternative opinions.

Don’t hold back and don’t water down what you believe. But putting a please and thank you in there can go a long way.

Lastly, maybe we all need to stop and consider where we get our self value from? Is it from being seen to be right or being seen to be smart? There is nothing wrong with being right and being smart but if we’re interacting with each other and our sole goal is to appear like this then we have bigger problems than someone disagreeing about our political view.

If everything we believe to be true about ourselves is hinging on whether we are smart and someone comes along and remarks that you may be wrong, we can crumble. We can try and protect who we are by attacking them back or making them feel small to reclaim some of our own shattered identity.

If you think about it everything about how we interact with each other on twitter or in real life boils down to this.

So there you have it. And if you are reading this and are a huge Nickelback fan and have been offended by any of my remarks well,

I apologize, but I have to respectfully disagree.